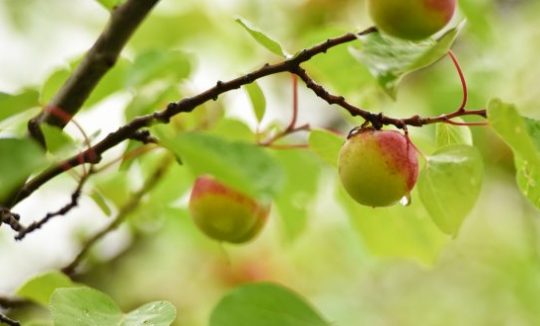 However, present environmental protection policies and projects fail to incite the local people’s enthusiasm for participation, regardless of if the project utilizes subsidies, ecological immigration or fencing.

– Discuss the methods of using the Grassland Protection Subsidies, and make policy recommendations to improve these subsidies within the 13th 5-year plan;

– For the Eco-System Services Based Economy methods to support and participate in the reform of ecological mechanisms, play a market role and finally complete ecological protection market-mechanism.

This project helped communities to defined their respective protected areas and to sign CCCA agreements. Ultimately the communities became very involved in protecting the grassland.

The research ultimately found that for a majority of the herders, the grassland protection subsidies were not enough to satisfy their real needs and does not compensate the funds they lost through the band on grazing.

– From December 2013 – January 2014, GEI’s program team prepared “Grassland Ecological Protection Subsidy Reward Fund Use” research outline, for which we investigated the use of the subsidies and situation of environmental protection. This analysis supported our policy recommendations to the 13th 5 Year Plan, for which we explored and proposed a new approach for using eco-protection grants and other policy advice.
– In 2014, GEI and our partner, Chinese Academy of Science Qinghai-Tibet Research Institute, conducted a several month investigation at many large project sites in Tibet, Inner Mongolia and Ningxia on grassland management, income and expenditure, income sources and use of supplementary funds, and also conducted in-depth investigations and visits. In November 2014, the research concluded and we submitted the draft “Prairie Reward Policy Implementation Survey and Analysis.”

2013 was an important year for China’s Environmental Protection because the 18th National People’s Congress clearly put forth systems to protect the ecology and thus signaled that China would start institutional reforms to protect ecological security. In recent years, although China has made large investments, through ecological compensation and transfer payments to protect the ecology, the capital, use and efficiency of these funds are insufficient and the overall effects of protection are unsatisfactory.

Working in direct cooperation with China’s primary ecological legislative body, the Environmental Resources Committee, we study the importance and feasibility of legislative methods for protecting China’s environment and, then, submit the legislative proposal to the NPC.

At the same time, the project promotes for China’s government to more efficiently allocate funds for protection, and to improve the structure, plan and management system for ecological protection.

Through research and demonstration, we plan to promote the “Community Conservation Concession Agreement” in the legislative system, and to open means to provide legal protection for the community to participate in environmental protection and resource management.

– Protect and nurture ecosystems that are conducive to sustainable economic development by promoting ecosystem-services based economics and safeguarding the ecological security of the country.

At the 3rd Plenary Session of the 18th Central Committee, President Xi Jinping put forward the use of institutional means to protect the ecological policies and raised ecological security to a matter of national security. This indicated that ecological crisis in China had raised to a state-level concern and demanded strategic and institutional responses to improve the existing ecological protection system. In 2013, based on long-term research and practice of the CCCA, GEI put forward a new concept and mechanism for developing the ecosystem-service economy and carried out a public welfare project in Sanjiangyuan.

– The project is expected to introduce innovative methods for protection and development in Sanjiangyuan and encourage the community to get involved in the ecological and environmental protection. The project can also serve as a model for simultaneously achieving national ecological security and economic development.

Methods:
– Utilize the CCCA to help policy management departments and communities work together. In fact, the development of the ecosystem Services Based Economy model is based on the CCCA mechanism – as it also includes a community agreement and land management. It also effectively uses ecological protection funds, as well as supports and trains local people to carry out ecosystem conservation work. Specifically, the protect helps the communities to establish handcraft cooperatives that use sustainable materials. The sale of the handicrafts will continue to support the local community’s economy as they contribute to the fight against climate change.

– Put forward the new concept and mechanism of eco-system service based economy;

– Carry out a pilot project with ‘eco-system service based economy’ at its core;

– Promote for community residents to participate in the conservation agreement and promote sustainable community development and climate adaptation;

– Drafted the “National Park Law” and submitted the “Research report on the Legislation of China’s Nature Reserves” to the National People’s Congress (NPC) Environmental Protection Committee.

– The law office of the NPC affirmed the CCCA and role of NGOs in protecting natural resources.

2017 – Summarized the development model and experience of conducting the projects in Qinghai, Gansu, Inner Mongolia 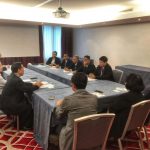 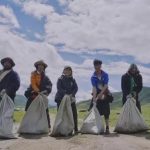 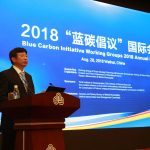 This project is part of the Ecosystem Conservation and Community Development Program (ECCD).