In August 2019, GEI's Overseas Investment, Trade and the Environment program staff traveled to Geneva to participate in the CITES meeting on wildlife conservation and cross-border trade. 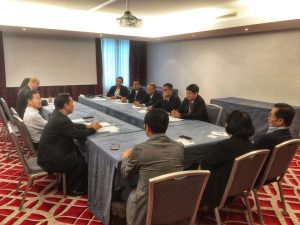 From August 17th to 22nd, officers from Global Environmental Institute’s Overseas Investment, Trade and the Environment program together with Executive Director, Jiaman Jin participated as observers at the World Wildlife Conference, also known as CITES 18th Conference of the Parties (COP18) in Geneva, Switzerland.

The Convention on International Trade in Endangered Species of Wild Fauna and Flora (CITES) is a multilateral treaty between governments to ensure that international trade in specimens of wild animals and plants does not threaten their survival. Management authorities from 169 member governments discussed 107 working documents and 58 proposals for appendices amendment during different working groups and side events.

On August 17th, the Management Authority from China CITES Party to Convention hosted a side event called, “Our Common Responsibilities and Concerted Actions: Break the Entire Illegal Wildlife Trade Chain from Source to Destination” with GEI. The side event indicated China’s commitment to work together with other countries to disrupt the international wildlife trafficking chain and received appreciation from many governments and NGOs internationally.

CITES regulates wildlife trade by putting trade quotas or ban on certain species that are under threat from extinction. The species covered by CITES are listed in three appendices according to the degree of protection they need, Appendix I being species that are the most endangered among CITES-listed animals and plant and commercial international trade is not permitted. Appendix III being the list of wildlife and plant species identified by particular CITES member countries (Parties) as being in need of international trade controls.

Here are a few highlights of decisions that were made at this year’s CITES conference.

The Small-clawed Otter and the Smooth-coated Otter will receive the highest levels of trade protection measures under Appendix I after a study has linked to a boom in demand for otters as pets amid the rising popularity of otter cafes in Japan. 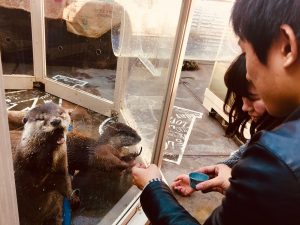 Otters at the Harry Zoo Café in Harajuku, Japan. Photo by Leighton Literature.

Although there was strong opposition from Zimbabwe to block the vote, the delegates decided to prohibit the transfer of all African elephants captured in the wild to captive-facilities like zoos. All nine recognized subspecies of giraffes across 19 range states, including Cameroon, Democratic Republic of Congo (DRC) , South Sudan, Mozambique, Uganda, Tanzania, and Rwanda, will be included to Appendix II for the first time in history as a result of habitat loss exacerbated by the climate crisis, as well as illegal killing and trade.

Under marine conservation, 18 more species of sharks and rays have been added to Appendix II, meaning that they can no longer be traded without evidence that fishing won’t be hurt its chances of survival. Among them is the Mako shark, whose fins and meat are used in shark fin soup, and whose population has been declining in population in the oceans. Although forty countries including China and Japan have voted against the proposal, the amendment will strengthen protection of endangered aquatic species. 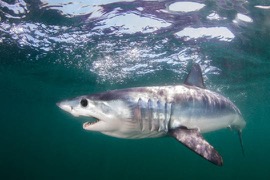 Rosewood: As rosewood’s demand in high-end furniture industry has threatened the tree’s survival, CITES put restrictions on the movement of luxury wood crossing international borders in 2017. The ban was eased this year as the Committee decided to exempt musical instrument industry from restrictions on rosewood, which is prized as a tonewood due to its characteristic resonant sound, for use in guitars, cellos and clarinets.

A number of animal species have moved down from Appendix I to II, due to respective growing populations that would no longer allow them to meet the biological criteria for inclusion in Appendix I. However, the the populations of Markhor Capra falconeri in Tajikistan, the American Crocodile Crocodylus acutus in Mexico, and Vicuña Vicugna vicugna in Salta, Argentina, for example, have only recently begun to recover. Even if they have lost Apendix I status, they are still only restricted to certain areas and their populations remain delicate. 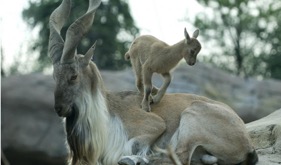 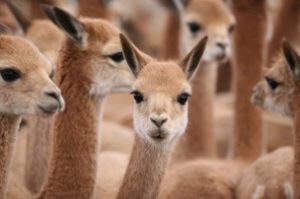 “With experiences of working in Southeast Asian and African countries, GEI is well positioned to support China’s whole supply chain approach in combatting illegal wildlife trade (IWT). We will help facilitate dialogues and exchanges amongst stakeholders from China and other countries to realize solid cooperation,” said Jingwei Zhang, program officer at GEI’s Overseas Investment, Trade and the Environment team. GEI’s past projects include successful policy advocacy on regulating illegal wildlife, ivory and timber trade between China and neighboring countries.

Over 1,700 delegates from member governments, NGOs and registered media participated in the triennial conference. The participants also recognized the critical role of indigenous communities that live on the frontlines of wildlife conservation and sustainable management, and their need for adequate incomes and livelihoods. The challenge lies in how to better achieve the objectives of the Convention while recognizing those people whose use of CITES-listed species contributes significantly to their livelihoods. The next CITES conference, COP19, will be held in 2022 in Costa Rica.

Moe works as an intern at the Global Environmental Institute (GEI), where she supports sustainable development and eco-conservation projects in Myanmar. She had gained professional experience in environmental policy research through her previous internship at Greenpeace East Asia, where she analyzed ESG risks of Chinese outbound investments in the Belt and Road countries such as Pakistan and Indonesia. Moe holds a Bachelor's degree in Chinese from Middlebury College in Vermont and is currently pursuing a master's degree at Tsinghua University. Her research interest lies in Sino-Myanmar environmental cooperation.