Building Capacity to Give

Over the past year or so, China’s charitable giving sector has changed a great deal.

The Foreign NGO Law, which went into effect in early 2017, made it clear that development or protection activities would be more highly regulated and monitored by the Chinese government. New crowdfunding platforms emerged to channel more support for charitable activities. Chinese NGOs have also begun doing more work, building up their internal capacity and even have started “going out” and projects abroad. 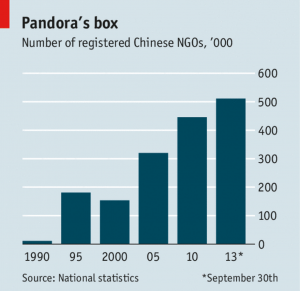 The number of NGOs registered in China has been increasing over the past decade. (Source: The Economist)

In order for Chinese foundations to meet this opportunity, GEI believes there’s a lot to be learned.

In this spirit, we hosted a special workshop full of experience sharing, open Q&A and spirited debate that enriched all participants’ understandings and perspectives on grantmaking in China. About 20 leaders from Chinese foundations and NGOs participated in a special cross-cultural training that covered practical procedures like grant documentation and abstract foundation mission development. 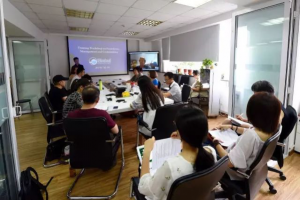 Compared with other countries, Chinese philanthropic giving and domestic foundations remain in a nascent stage. NGO Charities Aid Foundation ranked China 144 out of 145 for charitable behavior in 2015 and in 2016.

The good news is, growth in China’s charitable giving area and philanthrophy efforts have already begun. China Development Brief reported that in 2016, there were nearly 5,000 foundations in Mainland China and that the factors of internet giving and support from the government for charitable giving are positive signs for reaching new heights. 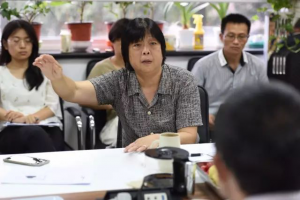 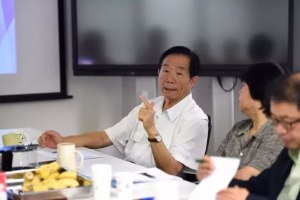 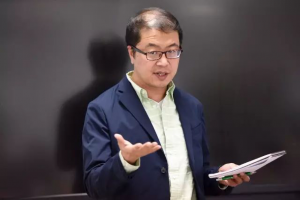 Richard Liu explains how an organization’s structure can direct its mission and growth. Photo Source: GEI.