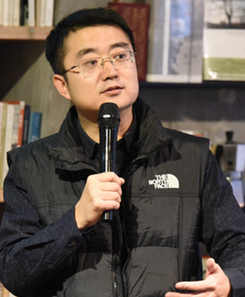 Since joining GEI in 2007, Peng has been involved in several high-level international platforms and policy work including, advocating for the policies in Environmental Protection Guidelines for Economic Cooperation Abroad, which was released jointly by the Chinese Ministry of Environmental Protection and the MOFCOM, and leading multi-stakeholder dialogue and exchanges in Southeast Asia (Laos, Myanmar, Cambodia and Vietnam) and in four African countries (Cameroon, DRC, Uganda, and Mozambique); he also has represented Chinese NGOs at major summits including Copenhagen COP 15 and Hamburg C20. In 2016, Peng served as a supporting expert for the green value chain task force of the China Council for International Cooperation on Environment and Development (CCICED). Over the past ten years at GEI, he has authored and co-authored GEI’s “Going Global” series, which focuses on China’s overseas foreign direct investment and governance, namely in Southeast Asia, Africa and BRI countries.

Prior to joining GEI, Peng worked in various government sectors including the State Forest Administration and the Ministry of Environmental Protection. He holds two Master’s degrees from the Beijing Forest University and the United Nations University for Peace. He speaks Mandarin and English.