I Saw "Ghost" in the Ocean?

Gradually diving into the ocean, what will you see?

What is there in the sea?

Here is the liveliest area for marine life

At 500 meters, there is the most giant creature on earth – the blue whale – living.

800 meters deep, the giant octopus called “sea monster” is there.

At 1,000 meters, the ocean has no more sunlight

Fish at this depth have almost no eyes ……

At a depth of 3000 meters, you can see a family of sperm whales erecting in the water.

Diving further down to 3800 meters,

here lies the Titanic, once the largest cruise ship in the world.

There is also a beautiful and magical whale landing.

And in the deepest part of the ocean, the Marianas Trench,

only four people have reached it so far, including Hollywood director Cameron.

They went to great lengths and spent hundreds of millions of dollars,

and what did they see in the end?

There are no fantastic landscapes or creatures here

but plastic bags and bottles. 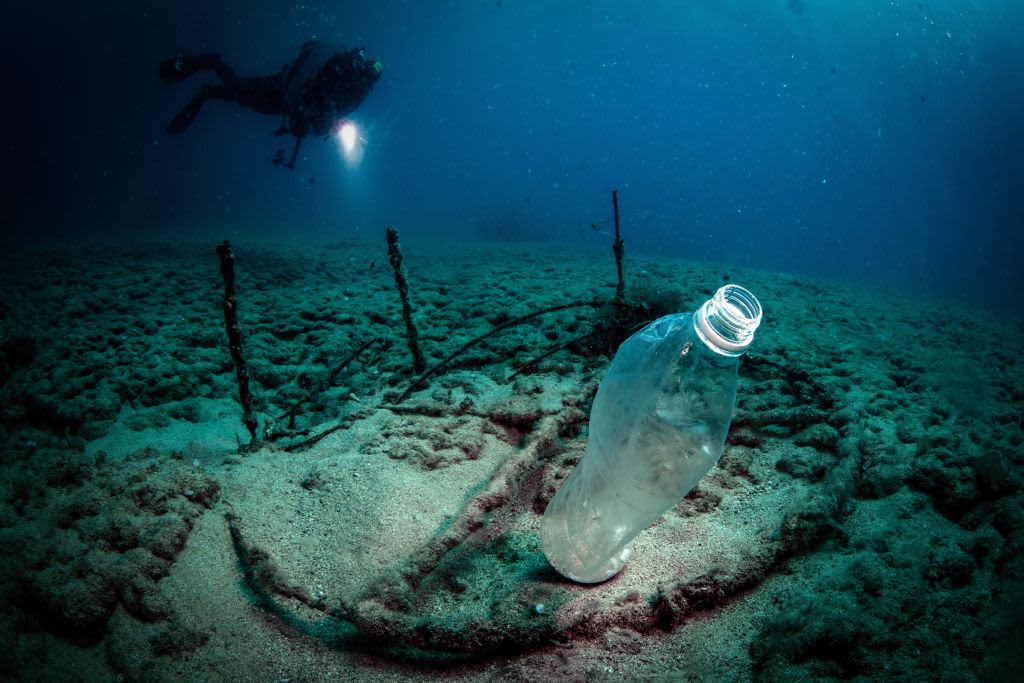 How much is plastic waste in the ocean? The amount is shocking! Over 12 million tons of plastic debris washes into the sea every year, weighing as much as 75,000 airplanes! Among this garbage, one can not be ignored not plastic bags, plastic bottles, but the fishing gear floating in the sea or hanging on the reef, including fishing nets and fishing lines. They have a scary name for marine life – “ghost fishing gear.”

According to the UNFAO definition, ghost fishing gear is any fishing gear that has been discarded, lost, or otherwise discarded in the ocean.

1) Abandoned fishing gear, where the fishing gear operator or owner could have controlled or recovered the equipment but deliberately left it at sea due to force majeure or uncontrollable reasons.

2) Lost fishing gear, meaning that the fishing gear operator or owner could not locate or had difficulty recovering the gear, which ultimately resulted in the gear being lost at sea.

3) Otherwise discarded fishing gear, meaning that the fishing gear operator or owner did not make any effort to retrieve or directly lost the gear at sea

Why is ghost fishing gear created?

1) Fishing gear can be lost if caught on an obstacle on the bottom of the sea, such as anchors, wrecks, reefs, etc., while the fisherman is doing his work.

2) Fishing gear can be lost if it is entangled with other vessels’ gear (gear conflict) or if there is a storm or strong currents.

3) Fishermen may also dispose of damaged gear at sea if there are no disposal facilities onshore or in the case of illegal fishing and may discard it in the ocean.

According to data, 6% of fishing nets, 9% of fishing traps, and 29% of “longlines” are discarded and lost every year, becoming residual pollutants in the ocean. The invisible claws of “ghost fishing gear” constantly reach out to marine life, the marine environment, and even humans. In the sea, these “ghosts” are like invisible killers, affecting you, me, and it all the time.

Over time, ghost fishing gear eventually breaks down into microplastic particles scattered all over the ocean. From shorelines to surface waters, to seabed sediments, from the Arctic to the Antarctic, they are almost everywhere. Eventually, they will also return to our tables through the food chain, affecting human health.

Incheon University and Greenpeace East Asia tested 39 brands of salt from 21 countries and found that more than 90% of the salt contained microplastics, with sea salt containing the highest levels of microplastics.

Ghost fishing gear can pose a danger to divers or volunteers clearing nets, who can become entangled underwater. Many thin, transparent lines wind around in the sea, and volunteers often get their feet tangled in drift gillnets and have to call on their teammates to get out of the way. If they accidentally step into a fishing cage and cannot surface in time, they will be in great danger. Ghost fishing gear can entangle propellers and interfere with navigation, posing a threat to fishing vessels and international shipping. In 1993, a passenger ship departed from South Korea, and its propeller became clogged and entangled with discarded nylon fishing line, eventually causing the vessel to capsize and sink, killing 292 people. 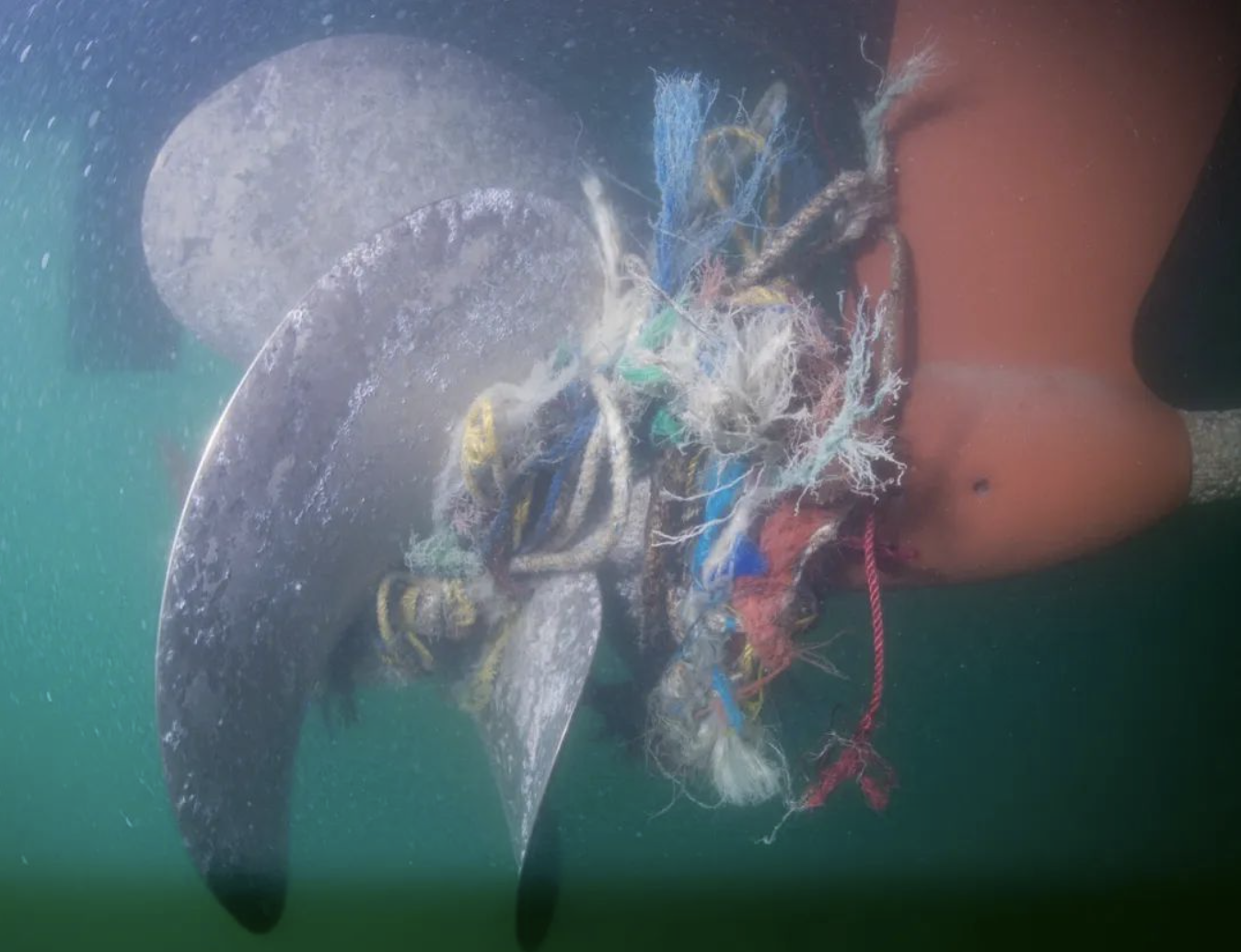 When fishing nets or lines hook onto hooked coral, they can break and destroy the reef. Ghost fishing gear that sinks to the bottom takes hundreds of years to decompose. At the same time, the discharge of toxic chemicals can adversely affect benthic habitats in deep water and shallow coastal areas, including altering microhabitats (such as blocking reef crevices). They can also trap fine sediments, stifle benthic communities, and impede water flow, ultimately creating hypoxic areas. Over time, these “invisible killers” can lead to massive mortality.

As the density of ghost fishing gear in the oceans increases each year, their impact on fish expands every day. 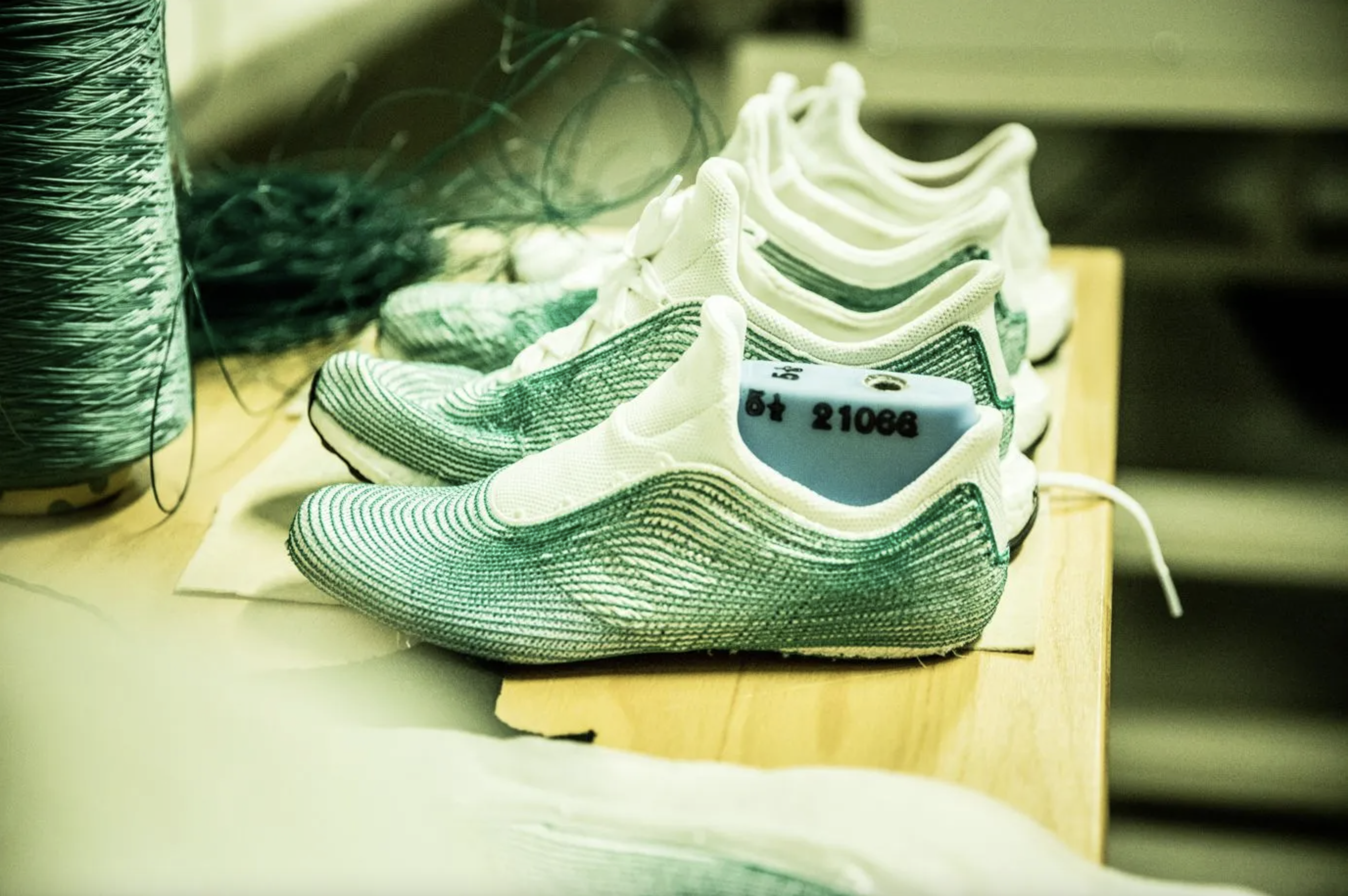 In March 2019, the International Volleyball Federation and the Ghost Fishing Nets Foundation launched the GoodNet project to transform discarded fishing nets into volleyball nets embroidered with endangered marine life. These volleyball nets were officially used in the 2019 Beach Volleyball Championships in Hamburg, Germany, and Rome, Italy, as well as the World Tour Finals.

In June 2015, Adidas cooperated with Parley, a marine environmental organization, to launch an eco-friendly concept shoe made almost entirely of marine plastic waste as raw materials, with the yarn on the upper and other materials coming from nautical plastic bottles, fishing nets, and other marine garbage.

What can we do to protect our ocean home?

Reduce the purchase and use of plastic products; actively participate in volunteer work to clean up beaches; do not dump waste and pollutants into the ocean; be an ocean conservation volunteer; talk to your family, relatives, and friends about protecting the ocean!