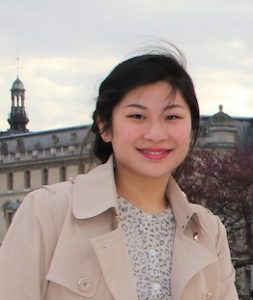 Dr. Tian YAN (BAXTER) is a Program Officer in the Overseas Investment, Trade and the Environment program at GEI. She is responsible for a transnational project that promotes zero deforestation commitments from public and private stakeholders involved in the industry of agribusiness between Latin America and China.

Prior to this project, Tian pursued her PhD degree at King’s College London on a scholarship fully sponsored by the China Scholarship Council. She extensively and intensively studied the EU-China relationship and cooperation surrounding the subjects of climate change, the environment, and sustainable energy. She has presented at several important international academic conferences and co-published articles with professors from Renmin University of China during her time there as a Visiting Scholar. She received her master’s degree at the University of Edinburgh and double undergraduate degrees at Harper Adams University and Beijing University of Agriculture.

Tian has previously worked in China, the UK, and Japan in capacities as a teacher at King’s College London, as a consultant at the China Public and Private Partnerships Centre of the Ministry of Finance. She adopted a female hamster Pangjin in the UK, and now owns a male hamster in China named Totoro.